Upon arrival in Split, next to the recognizable scent of Mediterranean vegetation, you will be dazzled by the light. An intoxicating light that, in a certain sense, heals.

The sun's rays have a strong and motivating influence on the human organism. For this reason, exposure to an optimal amount of light and energy is important for physical and mental balance, that is, for the feeling of happiness and satisfaction.

Split and the surrounding region abound in healthy light, so it is no surprise that at the beginning of the 3rd century AD, Emperor Diocletian, at the time the most powerful man in the world, decided to spend the rest of his life in Split. , to this end by building the monumental palace that today bears his name.

The Dalmatia-Split region boasts, alongside the Dalmatian regions of Sibenik, Zadar and Dubrovnik, a special Mediterranean cuisine. Croatia is included, together with Italy, Spain, Portugal, Greece, Morocco and Cyprus, in the UNESCO representative list of countries whose Mediterranean diet is recognized as an intangible cultural heritage of humanity. 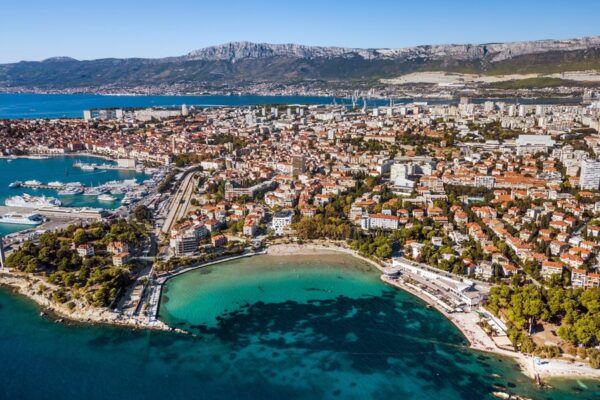