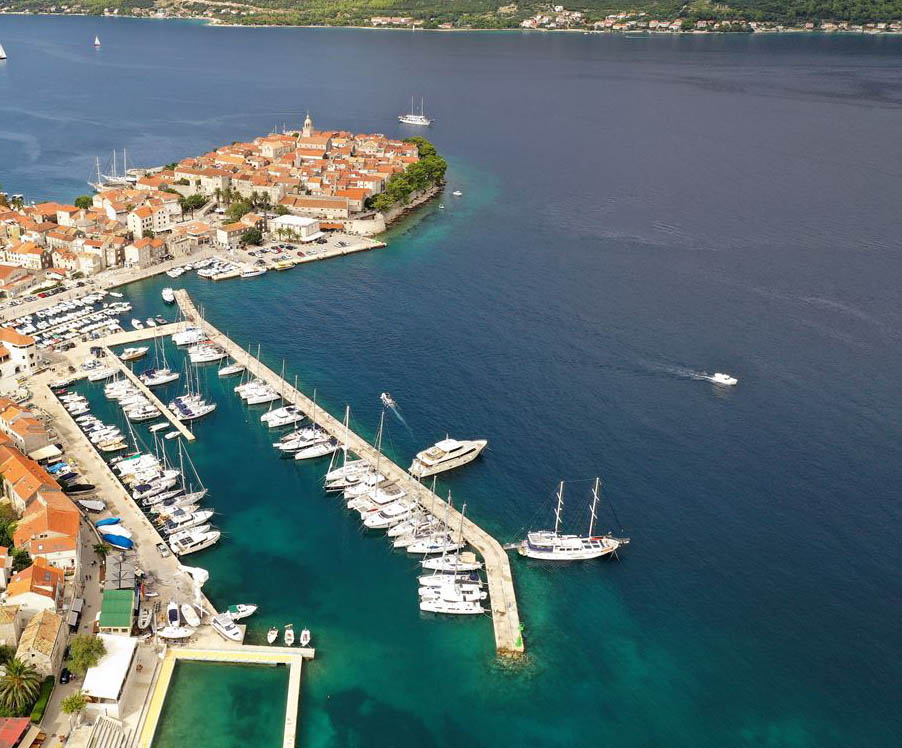 KORCULA, THE CITY OF MARCO POLO

Birthplace of Marco Polo, built on the foundations of an ancient Greek colony, Korčula is the sixth largest island in the Adriatic Sea. It is separated from the mainland by the Pelješac Channel, whose shortest distance to the island is 1270 meters. The indented coast and the mild climate have favored the development of tourism, which has a long tradition on this island. Among other things, the island is also interesting for having the streets in the shape of a fishbone. The largest locality is the municipality of Korčula, which is believed to be the birthplace of the navigator Marco Polo. A great highlight of Korčula tourism is the moreška, a traditional knightly dance. The most beautiful Gothic-Renaissance monument in the old town of Korčula is the St. Mark's Cathedral, which houses valuable works by national and international artists. Among the most important localities stand out Lumbarda (Lombarda), famous for its sandy beaches, and Vela Luka (Vallegrande), an attractive tourist destination. From this location you can access the island of Lastovo (Lagosta) and the Lastovo Archipelago Natural Park. 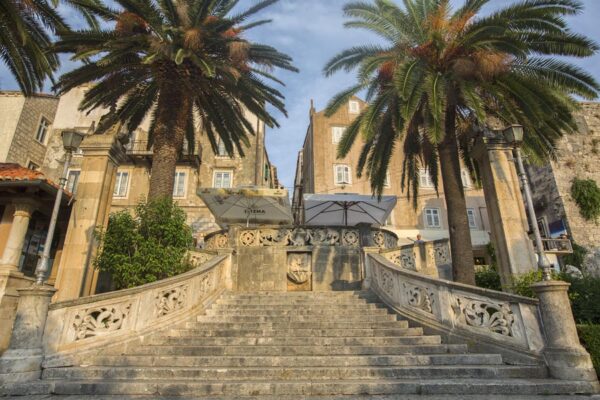 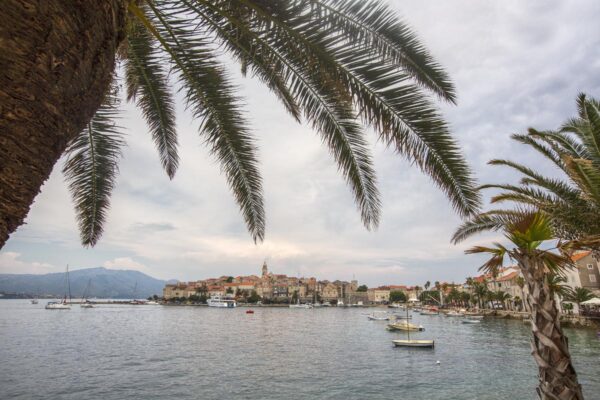